Meeting with the martyrs’ loved ones changes everything

He sat with his back to the camera when I interviewed him, and he told of how he first was in prison for 6 months and then for 12 months. His tears kept coming and there was an almost supernatural humility in his eyes.

I have met the children and the wives of the martyrs, the ones on the front lines of the battle when the gospel is first preached in a new region. They drink from the same cup as Jesus, they pay the ultimate price, they are the apostles of the Lamb.

I have met such people several times over the past few years, and there is something special that rests upon their entire being, something you can’t quite touch. Their humility is so complete, and they are unyielding on one issue: that they would rather die than deny their faith.

What might be the strangest thing of all is their love for the ones who have persecuted them. The beatings and abuse don’t make them weaker in their faith, but rather stronger.

Meeting with these people changes everything. The Gospel is real and you and I, whether we want to be or not, are part of the battle.

So don’t give up…
-Tommy 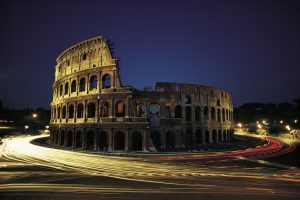