It’s the final faith that matters – the ultimate test 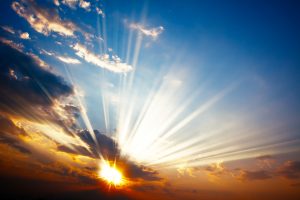 My very dear brothers and sisters in the Lord – good morning to you all! This Monday morning I have a very serious message, a word from God to you. I’m still in mourning, but even though I’ve been walking through the valley of death, God has given me new light and this morning I want to share with you some of the things he has talked to me about.

It’s the final faith that matters! Even if you have achieved other huge victories of faith in your walk with the Lord, it won’t matter, because if your faith does not remain when your days on earth have come to an end, then without that final faith it will have all been in vain

These past two months have been the most difficult time of my whole life. I have not even had the strength to write these Monday Morning blog posts; I have had to ask my secretary Katie to post them for me. But today I’m the one writing.

What happens along our path of faith is what forms us – there’s more to the journey than the destination. And the same goes for how we read our Bibles as well. On the path to your destination, God will reveal the Bible to you, step by step, stage by stage and from deep unto deep.

Since my beloved wife Carina went to be with the Lord, I have read the Bible with a renewed perspective, and new things are being revealed to me.

One very important matter that I have been reflecting on is how important it is to have faith in Jesus when our time to die has come. You see, it doesn’t matter how much faith you have had, how many demons you have cast out, how big the victories you have won for the Kingdom of God are, or if you have resisted every sickness in the world and released an abundance of wealth. If your faith is weakened and shipwrecked at the very end of your life – all the rest is for nothing!

It all boils down to two major, ultimate steps of faith. The first one is when you receive Jesus and are born again. The second step is the faith that will bridge you from here to eternity.

You may be aware that Satan attacks the first faith, the faith of salvation, because it is the entrance to the Kingdom of God. But have you thought about the “final faith”? Our final faith gets attacked as well. Martyrs, those who die from illness, those who die because of accidents or other things we can’t explain – Satan heavily attacks them all.

He has the right to put our faith to the test – and the final test is death! It’s the ultimate test.

Do you have faith that will take you through death?

There was a time when the people that I considered to be heroes of the faith were the Gospel Crusaders and the successful church planters, and of course I still do respect them because of the ministry they have in the Lord. But the real heroes of faith are the martyrs who have the chance to save their own lives by renouncing Jesus, but who choose death rather than abandoning their Savior.

Another big group includes all of the saints who died from sickness. They have all known that by the wounds of Jesus they are healed, yet still Jesus calls them to him in heaven. For all of those saints, every day that they get sicker instead of getting healed is a test of faith. But instead of giving up their faith, they cling to Jesus even more. As you stand next to the one who is suffering, you are witnessing the mystery of faith.

They are the real heroes of faith. They don’t understand why God is not healing them, but still they cry out to the one who can save them. As their health continues to get worse, their faith in God simultaneously increases – what a paradox! It is as if their born again, inner man is taking over, along with the Holy Spirit. Satan is there, whispering in their ear and asking them: “Where is your God now?! Why doesn’t he come to your rescue?” But they are heroes of the faith. They know that the Devil is a liar. They don’t understand why this is happening, and they ask God why, but the faith they have received from God is not of this world. That’s why the one who is standing beside them is witnessing a mystery! Their faith is increasing instead of decreasing. Why? Because the faith you have received from God is not from this world.

If your faith is based upon your intellect, it will not stand the final test. There will be a battle, a final attempt from Satan to make you abandon God. The fire will come and you will have to pass through it. Then and there, everything that hasn’t been built upon Jesus will burn and be consumed. But you don’t have to fear – because if the faith you have is from Jesus, it will stand the fire.

I have had a ringside seat to this fight of faith. I stood by my wife’s side when she went to be with Jesus. I cried and she comforted me. Satan tempted her, but she resisted him. She was one of the millions of heroes of the faith– they were all tested by Satan to the last breath, but they didn’t give him an inch, not even for a second. By the power of the Holy Spirit, they believed – and that faith carried them the last step from here to eternity with Jesus.